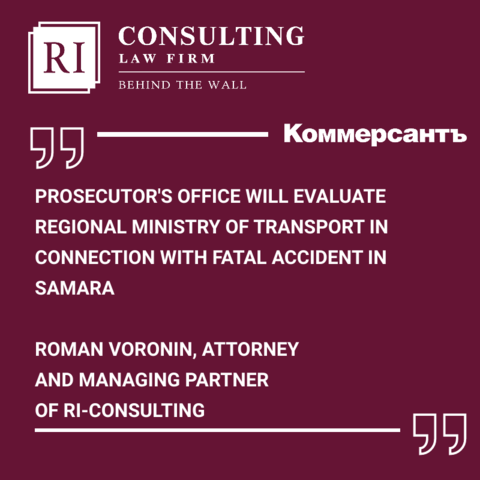 Roman Voronin, Managing Partner of RI-Consulting Law Office, on what the inspection of the Prosecutor's Office in the Ministry of Transport can lead to?

Public prosecutor's office will consider the issue of bringing to responsibility of heads of Ministry of transport and highways of Samara region in connection with fatal traffic accident in Samara. The corresponding request sent to the supervisory authority of the region by Deputy of the State Duma Alexander Khinstein. Fatal accident occurred last Sunday on Democratic street: the driver of Land Rover car failed to control and went off the road. According to the traffic police, on the first lane of the road heading from the city a rut of 100 meters in length and 3 cm in depth was formed. There is a similar rut on the second lane on the section of the same length. Its depth is 2.2 cm. According to the deputy, "it was these deep ruts that played their fatal role, taking the car from the slippery road into the ditch".

Roman Voronin, Attorney, Managing Partner of RI-Consulting: "In this case, the actions of Alexander Khinstein, Deputy, quite reasonable, and the investigative way to check the corpus delicti in the actions of officials responsible for repair work (for their quality, for checks and timeliness) is quite possible. But the interesting thing here is the fact that there can only be one case, there cannot be two cases at the same time. Insofar as, if the driver of the car is found guilty in the case of violation of traffic rules that caused the death of a person under Article 264, then the direct causal link between the death and the violation will be in his actions and then there will be no direct causal link between the inaction of officials and the death, there will be one thing. Either the driver will not be guilty and everything will be blamed on the people solely responsible for the road, or the driver violated the traffic rules, which led to a direct causal link to human death, and then he will be guilty, and you cannot blame them, as in crimes there must always be a direct causal link.

So, it's a very interesting question, but only one case will remain, and time will tell which one," - said the lawyer. 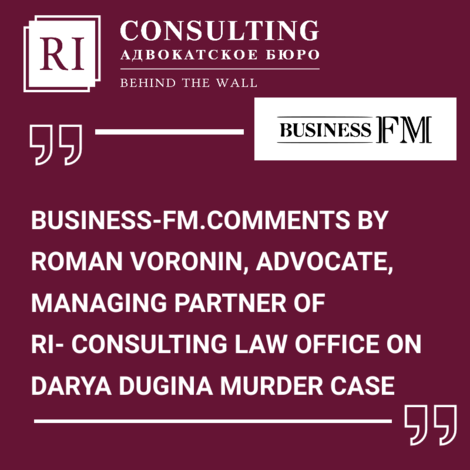 Investigators opened a criminal case under the article on homicide by common danger method after the car in which the journalist and political analyst Daria Dugina was traveling was blown up. The Moscow Region Prosecutor's Office took the case under control. According to the IC, Daria Dugina died at...

Roman Voronin, Managing Partner of RI-Consulting, in an article for Kommersant on the prospects of the criminal case and on the practice of similar trials. Investigators opened a criminal case against the Deputy Chairman of Orenburg's Property Management Committee, who on June 7 this year was... 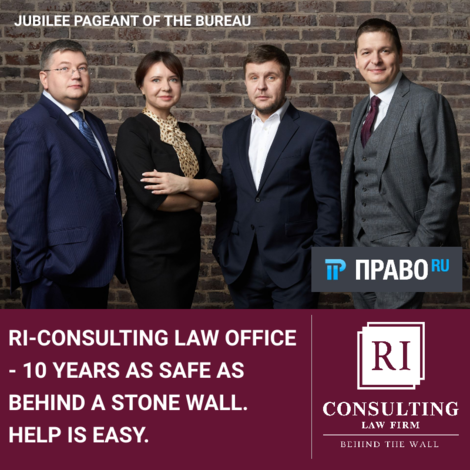 RI-CONSULTING LAW OFFICE - 10 YEARS AS SAFE AS THE BANK OF ENGLAND. AS BEHIND A STONE WALL. HELP IS EASY.

PRAVO.RU. RI-Consulting is celebrating its tenth anniversary this year. The company decided not to have a large and expensive celebration, but instead to donate the money to charity - the partners of the Law Office encourage everyone to help as well. This year RI-Consulting Law Office turned 10...